Mesamechai Leiv Orchestra's musicians are highly-trained, experienced and dedicated to the success of our business. 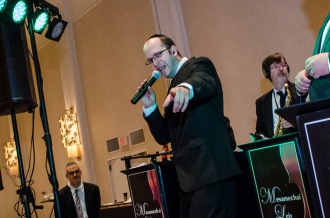 AY Karsh has a passion for singing. Since he was very young, he has aspired to sing at weddings.  Little did he know, he would grow to be one of Chicago's most requested wedding singers.  During the 11 years that he has been singing with Mesamechai Leiv, his energy and excitement has developed into a powerhouse of a performance.  AY was a semi-finalist on the Jewish Star competition and was a member of the Jewish Acapella group "Listen Up!" Acapella for many years.  In the past year, AY Launched his solo career, releasing 2 singles entitled Pekudai and

Jeremy Amster has been performing with Mesamechai Leiv since its inception.  His deep, smooth and robust voice rival some of the most famous Jewish singers in the industry.  His experience runs deep as he has performed at more than 500 weddings.  Being a true veteran of the industry, he has been fortunate to sing at many life cycle simchas, such as Bar Mitzvas and weddings for the same ba'al simcha. 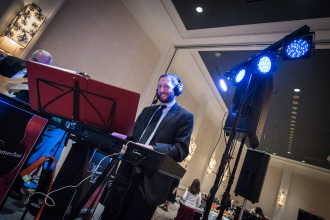 Yechiel Pisem, a native New Yorker, relocated to Chicago over 20 years ago.  He was professionally trained in Brooklyn by some of the most famous musicians in the New York music scene. Yechiel is a talented and versatile musician, as he proficiently plays keyboard, guitar, bass as well as the "One Man Band" style keyboard.  In his tenure, he has flourished into a leader and has written original arrangements for many songs that are performed on our bandstand.  Yechiel also manages the Musician Relations Department as he is responsible for booking musicians for each event. 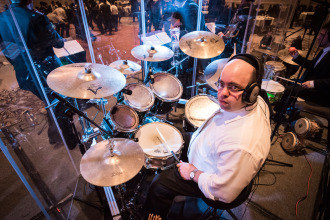 Chanoch is renowned as the most energetic drummer in the Chicago Jewish music scene.  In Chanoch's 13 years of professional experience, he has developed a keen musical ear that adds an unparalleled dimension to our music. Chanoch's innate ability to communicate with Yechiel while playing is almost subliminal as their spontaneous orchestrated hits leave the audience spellbound. 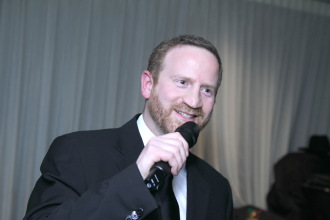 Gershon founded the orchestra in 1995.  Since its inception he has filled many positions, whether it be singing, leading, drumming, filling in on keys or even playing guitar.  Gershon is most frequently seen at events as a sound engineer, making sure the band sounds its best and performs at an optimal volume for every crowd and venue.  Gershon also provides backup vocals at most events. 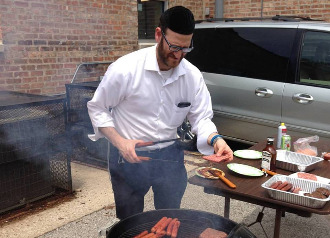 Director of Equipment and logistics

Dovid is the heart and soul of our orchestra.  He operates behind the scenes, making sure that every job is properly equipped and setup with the latest technology.  Dovid manages the entire Equipment and Logistics department, making sure that the appropriate sound gear and instruments are setup and ready to go in a timely manner.